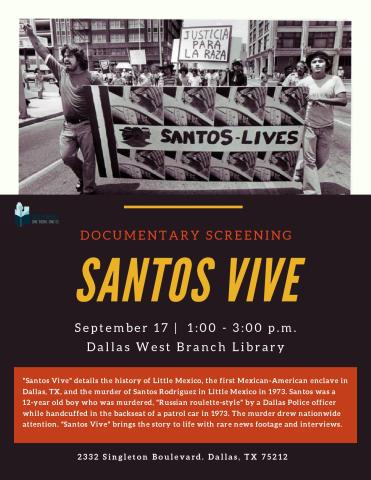 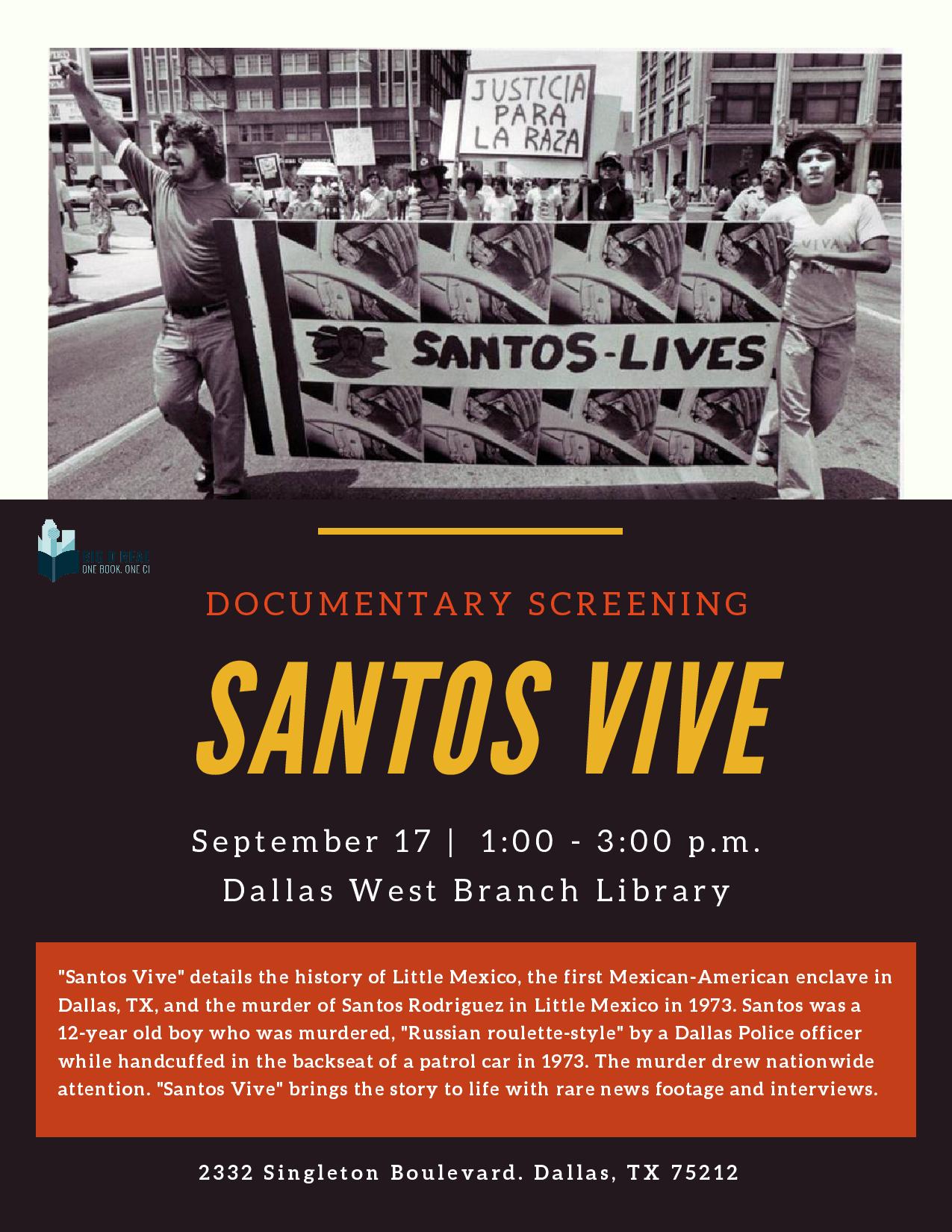 "Santos Vive" details the history of Little Mexico, the first Mexican-American enclave in Dallas, TX, and the murder of Santos Rodriguez in Little Mexico in 1973. Santos was a 12-year old boy who was murdered, "Russian roulette-style" by a Dallas Police officer while handcuffed in the backseat of a patrol car in 1973. The murder drew nationwide attention. "Santos Vive" brings the story to life with rare news footage and interviews including Santos' mother, Pedro Aguirre, the only Latino City Councilman at the time, and numerous other teachers and associates of Santos Rodriguez."

We will be screening the documentary, Santos Vive and have a discussion of the events surrounding the murder of Santos Rodriguez in 1973.

This production is held in collaboration with Big D Reads.