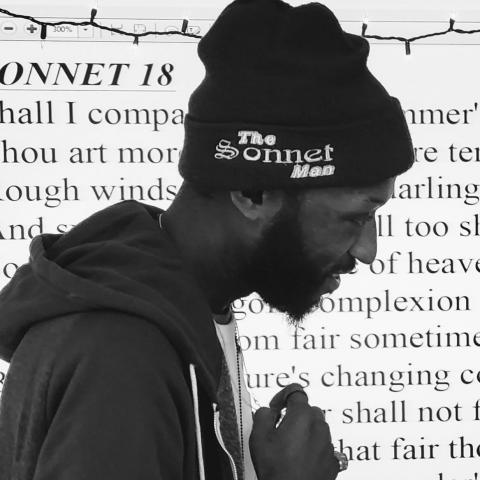 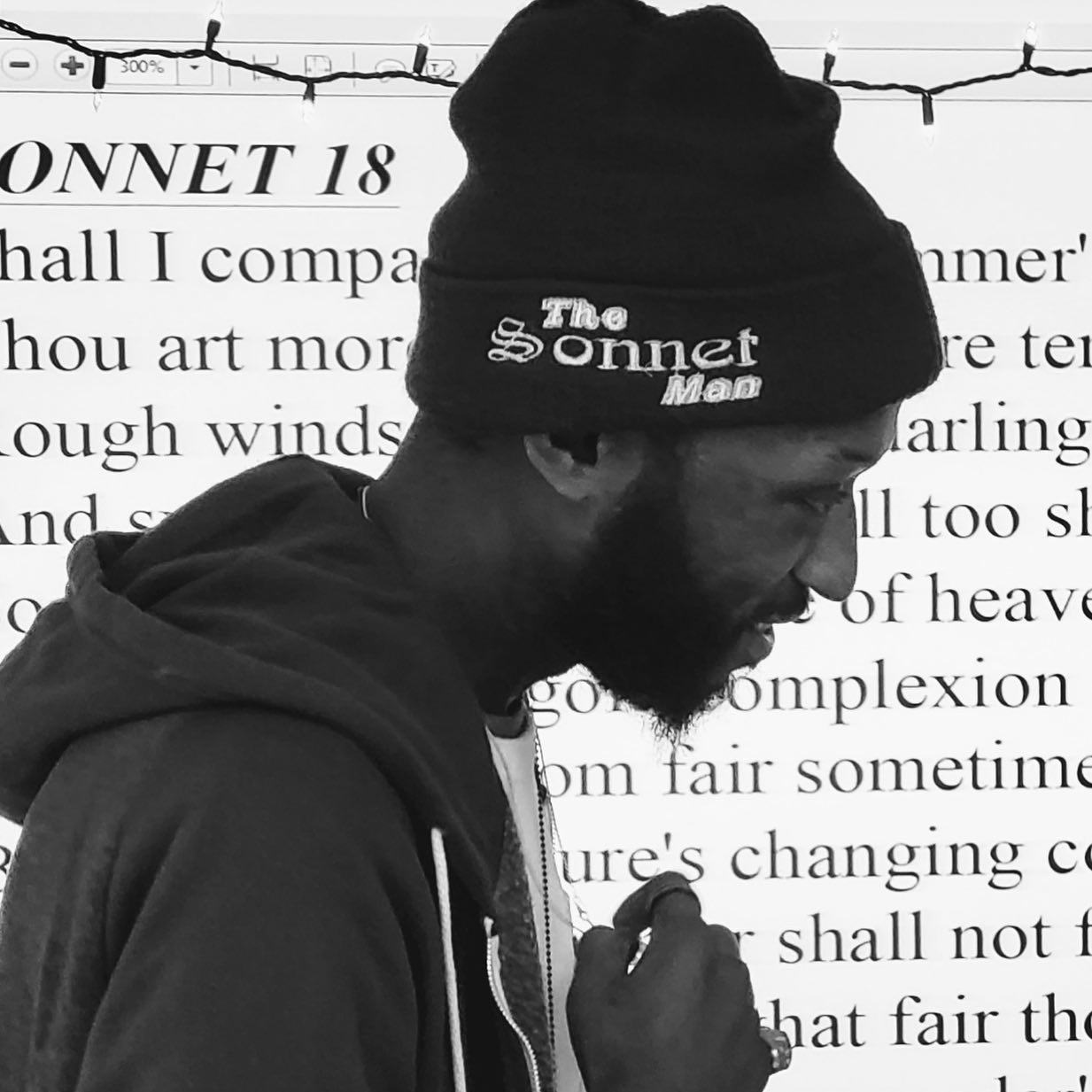 Teen , Adult
Registration for this event is no longer open.

This program is available online only.  Please register with an email address to attend.  Participants will be emailed a Zoom link to join the event approximately 30 minutes prior to the beginning of the program.

The Sonnet Man, brilliant rap artist Devon Glover, sets Shakespeare’s love sonnets to Hip Hop to both entertain and educate.  He will deliver sonnets as originally written, and then break them down into today’s “spoken word”, embodying the richness of Shakespeare’s language within modern rhythms in an inspiring, creative performance followed by a Question & Answer session.

Devon Glover performs Shakespeare’s Sonnets in a dynamic way through Hip-Hop in schools, universities, and theaters to audiences nationally and abroad.  As The Sonnet Man, he has appeared on The Today Show, MSNBC, BBC, and Shakespeare Festivals throughout the world, including Oregon, Stratford, Ontario, and Stratford-upon-Avon, and had notable residencies at the University of Northern Michigan, Brown University as well as Stratford Shakespeare. The release of his debut video “Hip-Hop Hamlet” was selected for the Shakespeare Short Film Festival in Stratford-upon-Avon.